Lubricants: from race track to road

In fact, the main reference to fuel comes early in the film, when a spill at a pitstop in the ’59 race sets fire to Carroll Shelby (played in the film by Matt Damon).  Lubes, on the other hand, don’t even warrant a ‘pour shot’, although Castrol does get a mention.  Yet, the role of fuels and, more importantly, lubricants in motorsport has become critical in the development of high-performance engines and, ultimately, in the transfer of technology from racetrack to road.

From bit-player to superstar

According to Adrian Bell: “Back in the 60s and 70s lubricants were not so important. Teams would buy engines from the likes of Cosworth or have their in-house units tuned by independent experts such as Shelby.  Lubricants were largely mineral-based and produced from heavy base stocks, so the choice of engine oil was determined largely on which company would pay to the put their name on the side of the car.”

That changed dramatically around 20 years ago, according to Bell.  “Motorsport started to come under pressure regarding its environmental impact and the governing body introduced legislation to reduce the amount of fuel consumed.  Now, that legislation goes hand-in-hand with high-level motorsport. Fuel tank capacity has been reduced, particularly in F1 which has also banned refuelling during races. So, there is pressure on motorsport engine manufacturers to make their units much more fuel-efficient without sacrificing power output.”

For Mike Skypala, the innovation driven by lubricants formulators draws comparison with the fashion industry.  “The top designers largely operate in the haute couture market and very few people will actually by the clothes. However, the designs themselves filter through to the high street and have a major impact on the consumer market.  The same can be said for the lubricants industry where many of the highest-performance formulations will never be used on the road, yet they have a massive influence on mainstream engine and engine oil development.”

The synergy between engine and lubricants design has become a critical factor in motorsport success.  In today’s competition engines – whether cars or motorcycles; short circuit, endurance, rallying or dirt track – increasing power, reducing weight and extracting greater efficiency under huge extremes of temperature is a complex balance.

“It started with the realisation that lubes could provide significant power release if they were co-engineered with engine hardware,” Bell explains.  “Back in Shelby and Miles’ time, engine builders were concerned with durability, needing a durable engine with an equally wear-resistant oil, which usually equated to high viscosity.  However, thick oil equals drag on the engine and drains power. So, the challenge for lubes producers was to make an oil as thin as possible without losing durability while releasing more power.

He continues: “Crank bearing dynamics are now a critical factor in performance engines. It’s essential the lubricant doesn’t produce undue drag in the crank bearing because that's where substantial power losses can happen. Modern additives can prevent deposits building up around piston rings and crowns, both of which can lead to power loss. The holy grail is minimal combustion of the lubricant with the highest levels of lubricity.”

A the very top end of motorsport, particularly in F1 and short-race formats, lubricants also provide a valuable cooling function. With temperatures at the extreme end of hot, any heat reduction that can be provided by the engine coolant reduces the requirement for water coolant. That, in turn, reduces the size of radiators and therefore weight whilst also removing some aero constraints.  Bell comments: “Synthetic oils with light viscosity and high film strength allow better heat transfer and can remove heat from underside of piston more effectively.  Turbos also cause a massive heat issue. In an F1 engine, the turbo sits in the most difficult place to remove heat and it’s vital that the lubricant doesn’t break down due to excessive heat, so cooling properties here are vital. This means fully synthetic base oil products are the only realistic choice.”

When it comes to fuels the critical measures are: rate of burn, effectiveness of ignition and the amount of energy gained from a specific amount of fuel.  The latest fuel technologies largely focus on additives.  According to Bell: “Until relatively recently, motorsport fuels used a lot of ‘exotic’ additives. They produced a great deal of power, but were definitely not environmentally friendly. Now, with environmental issues are at the forefront, motorsport fuels – in the same way as road fuels - have to meet stringent regs, so additive companies themselves are having to be much more creative. The most efficiency generally comes from additives that bring more oxygen (oxygenates) to the combustion process and thus produce more power. Octane is not the holy grail, particularly in motorsport. Because oxygenates can produce such massive power increases, they are now heavily regulated in F1.”

From race to road 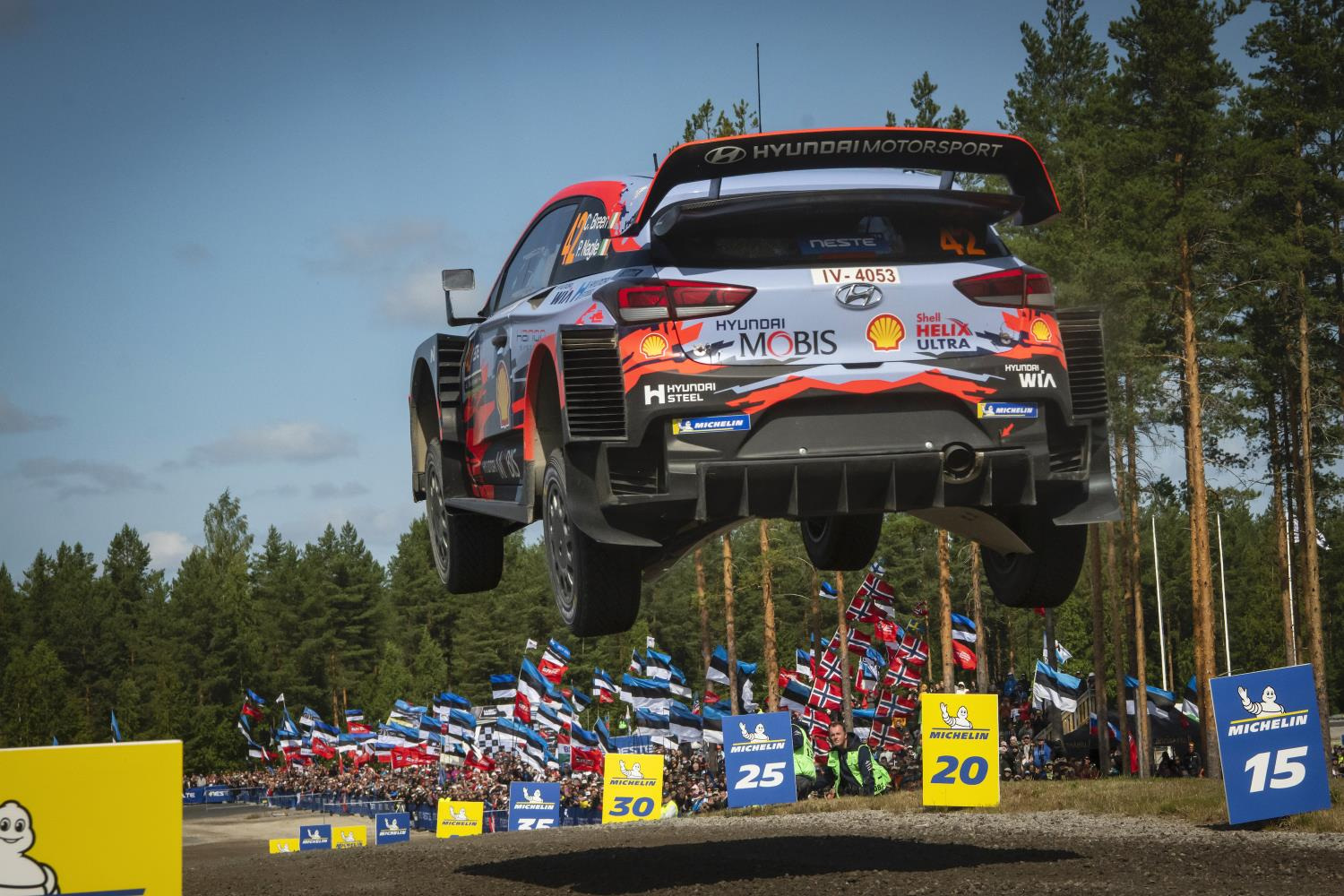 The technical spin-offs from race circuit or rally stage are numerous.  According to Skypala: “Involvement in motorsport is a massive investment for both car and lubes manufacturers, but it enables them to develop things very quickly and test them to breaking point.  In fact, the automakers are putting a lot of pressure on their fuels and lubes suppliers.

“The upside is a synergic relationship bringing recognition that fuels and lubes can deliver development benefits and, ultimately, race victory.”

Bell adds: “Every motorsport engine has a different appetite for the fuels and lubes based on design, so these products have to be tailored to specific engines.  This is now happening with road cars as well.  It is increasingly rare to find a ‘one-size-fits-all’ engine oil.  The other major benefit is longevity.  Back in ’66, you were lucky if an engine would complete 400kms without a rebuild.  Now, thanks to both technology and regulation, you can expect an F1 engine to run for 5-6,000kms without a rebuild and I firmly believe this is largely down to lube formulations and their ability to ensure stable power output throughout engine life.”

These benefits have clearly transferred effectively from track to road. Service intervals have increased exponentially and manufacturer warranties are extending from three years to five or seven. Lubes producers are also confident of their product longevity – witness Mobil1’s recent warranty announcement.

There is also a non-technical benefit to the synergy between lubricants and motorsport, in that it has opened the door to lubes producers forging valuable relationships with auto manufacturers.  Equally, the major carmakers themselves have recognised not only the technical, but also the reputational value, of joining the motorsports party rather than leaving it to independent companies to fly the flag for them.

Thus, the likes of Mercedes and Renault are now up front and centre in F1, where previously Ferrari was the only manufacturing family competing directly against racing families such as Williams, Tyrrell and Brabham.  Ironically, McLaren used its many years of motorsport heritage to launch itself as a standalone hypercar manufacturer in 2010, after a brief collaboration with Mercedes.

Motorsport has also allowed national or regional lubes brands to gain visibility and presence on the global stage: the likes of Spain’s Repsol, Malaysia’s Petronas and, most recently, Poland’s Orlen with the Williams F1 team.

According to Skypala: “In terms of pure ROI, involvement in motorsport is hard to measure against the extremely high cost. But there is plenty of evidence to suggest overall development and marketing benefits are immense and those brands with heritage in motorsport are likely to be the winners in the battle for consumer loyalty.  It will be interesting, for example, to see the impact that Total’s withdrawal from motorsport will have on its consumer markets over the next few years.”

He concludes: “With emissions, efficiency and the rise of hybrids and EVs all driving the future of motive technology, I am certain lubricants will play an increasing role in bringing benefits to both motorsport and the mainstream automotive sector.”